The largest migration of people on the planet happens in China nowadays. Chinese new year of rabbit begins on 3rd February 2011 and it will make Chinese people travel to their home towns to meet their families and celebrate. The bank holiday known as The Spring Festival lasts from 2nd till 8th February 2011. Many shops and restaurant close during this period and Beijing will be less crowded for a few days. Train and flight tickets are almost sold out. According to Chinese Railways 750,000 passengers per day will leave Beijing by train during the Spring Festival travel period from January 31 till February 2. 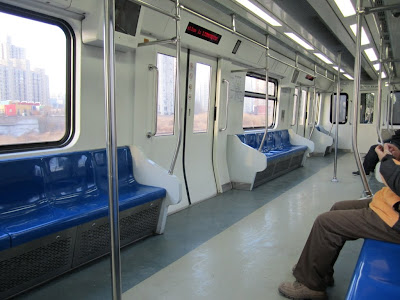