This video was taken 1 day before Chinese New Year in Beijing and it shows Chinese guys having fun with firecrackers. According to Chinese mythology firecrackers were used to frighten away mythical beast.

When the temperature is rising Chinese men like to cool down by raising their shirts and exposing bellies. 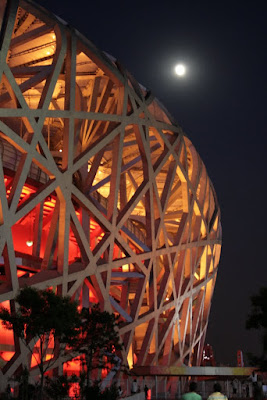 Awarded “Photo of the issue” by City weekend Beijing magazine

It means that Austrian Airlines charges 196 EUR more for flight from Vienna even though flight from Budapest connects to the same direct flight to Beijing from Vienna. Is it only taxes and airport fees which makes the difference of 38% or is it Austrian pricing policy?

Taxes and surcharges are the same so it is only fare which makes the difference. Austrian charges 198 EUR more in fares for the same destination (Beijing) from Vienna, even though it is 250 miles shorter as from Budapest.

Train is the safest and most comfortable transport from Beijing to The Great Wall. It is fast, clean, not crowded and offers nice views. Travelling by car or bus can take longer when you get stuck in traffic jam.

Trains to The Great Wall (Badaling station) depart from Beijing North Railway Station, which is located next to the subway station Xizhimen on Beijing subway line 2, exit A. Ticket offices are located at the right side of the building and in the basement (less crowded). Ask for ticket to Badaling station. One way ticket costs 19 RMB for the second class and 23 RMB for the first class. 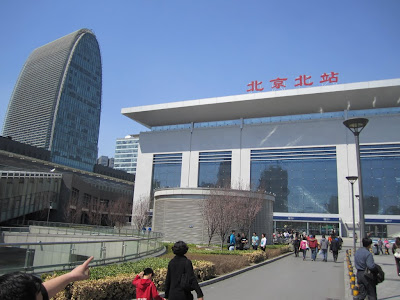 Badaling station looks like this so be sure to get off at the right station. Trains in China are on time so get off according to the schedule. When you exit the gate of Badaling station turn left and walk 1000 meters. Entrance to The Great Wall costs 45 RMB. Opening Hours are 06:30-19:00 in summer and 07:00-18:00 in winter. 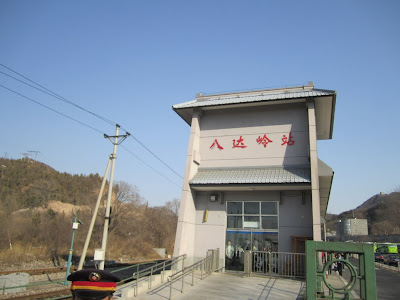 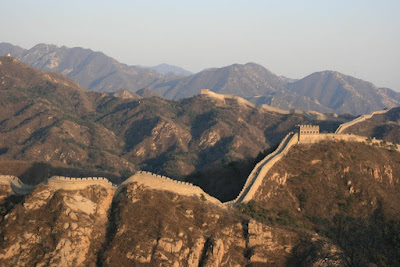 Groupon.cn started advertising campaign in China. It is not affiliated with Groupon which uses brand Gaopeng in China. 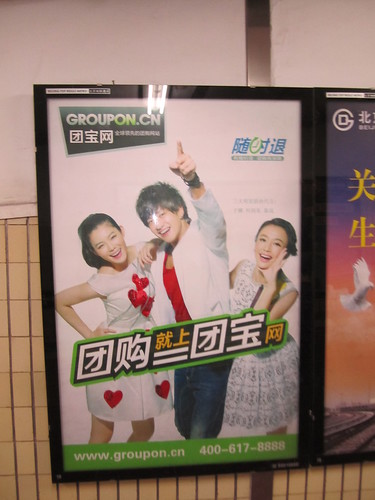