Even though basketball is one of the most popular sports in China the all star game last weekend was not so crowded. I expected much more people and better atmosphere. I was a bit angry when I found out that it is possible to buy tickets in front of the arena from resellers for about 20% of the original price. Yeah, and the North won CBA all star game in Beijing.

Thanks to great marketing basketball became extremely popular in China 100 years after it arrived in 1890s. The first professional team was established in Shenyang and The Chinese Basketball Association (CBA) was formed in 1995. The most famous Chinese basketball player Yao Ming joined the NBA as a player of the Houston Rockets in 2002. About 300 million Chinese play basketball. 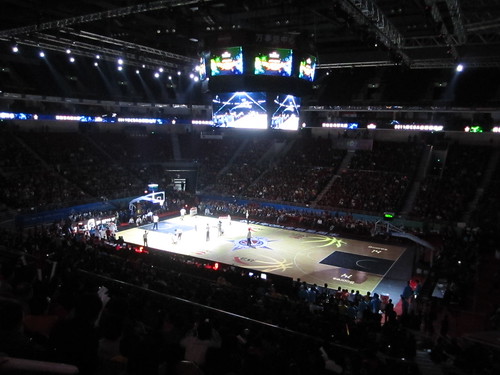 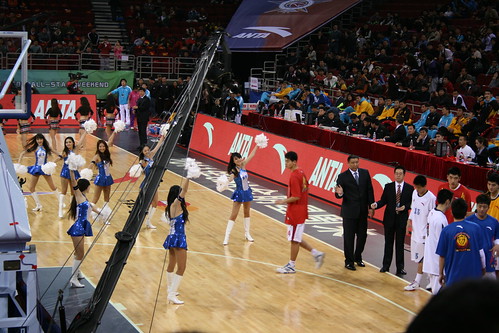